The first time I ever set foot into a casino was in the Bahamas. I was 18 years old on a post-high-school-graduation trip that was given to me as a gift. I was in awe.

Since I’d never been in a casino before, I remember being completely enamored as I watched all of the sunburned tourists throw their money away on the green felt. I stood. I wandered. I didn’t want to leave.

As I made my way through the smoke-filled room, my eye was drawn to a young man, likely in his 30s, playing Blackjack one-on-one with a dealer. He was sitting next to an attractive blonde sporting diamonds the size of golf balls. Now Blackjack was a game I did happen to know. So I stopped. What caught my eye next was the unique color of chips that towered in front of the man. Chips a color I hadn’t seen sitting in front of any other player. I was curious, so I stepped closer and thought my eyes were playing a trick on me.

As I watched intently, a few things became quickly apparent. One, this guy knew his stuff at a Blackjack table. Two, he devoured the attention from the growing crowd. And three, this was all about trying to impress the gal sitting next to him.

So let me tell you what happened next.

In the course of five short minutes, not a minute more, this young man built his chip stack from $50,000 to over $150,000. I was in shock. I couldn’t believe it. A hundred-thousand-dollar gain! In five minutes!

I wanted him to stand up. Walk away, Cash it in. Call it good. Collect his winnings and go buy himself a bright red Ferrari. But needless to say, he didn’t stand up. He didn’t cash it in. He didn’t walk away. And what he did next left me completely flabbergasted.

You know what’s coming, don’t you?

Wow! One hundred and fifty thousand dollars blown in three minutes. Crazy. My 18-year-old brain couldn’t comprehend such a thing was even possible. It seemed to me, at the time, that such activity should be illegal. Outlawed. (I guess that’s why it is illegal in most parts of the world.)

I saw at that moment that casinos have a trick. That the game is rigged. Not just statistically rigged, but emotionally rigged as well. That’s their real advantage. You see, a casino plays by odds – cold, hard, emotionless rules. Rules that stack the game in their favor. The gambler, however, plays by emotion – greedy, optimistic emotion. And in the long run, odds eat emotion for lunch – every time.

Let me ask you a question. Why do you think casinos invented poker chips? Was it because real money got lost on the green felt? Of course not. It’s because poker chips aren’t real currency. They don’t pay the mortgage or the light bill. They don’t put food on the table or tackle the kids’ tuition. And if they’re not real, then it doesn’t feel like losing real money. That’s their secret. If you keep a measured distance between people and their money, you can quietly take it away from them – all of it.

Here’s what I wonder. What if there had been an actual Ferrari or a three-bedroom house sitting in front of that young man instead of just a pile of chips? Would he have wagered them on the turn of a few random cards? Maybe, but not very likely. Why? Because a car is real. A house is real. You can touch it, see it, and smell it.

The casino knows that if it can distance a player from his money, he is likely to gamble more, risk more, and lose more, because he perceives he is not losing real money but just some cheap, plastic chips.

But here’s the frustrating part of all this. Casinos are not the only ones playing this game. As a matter of fact, they’re not even the biggest culprits. There is an establishment much more dangerous. It’s called Wall Street. Wall Street is playing the same game as the casino, but on a much larger scale. Let me explain what I mean when I say it is more dangerous. One difference between a casino and Wall Street is that a casino is required by law (at least in the state of Nevada) to give you the exact odds of every game in its establishment. Wall Street is not.

Did you know that about casinos? Most people don’t. Try this. Walk up to a cashier in a Nevada casino and ask him for an “odds sheet.” He’s required to give you one. At least it’s a losing game with full disclosure.

Now, try asking Wall Street that same question. Ask them for an “odds sheet” on your investment portfolio. Yeah … good luck. There is absolutely no such thing. Why? Because no one knows the odds of the market. No one! Wall Street doesn’t know. Their analysts don’t know. No one knows. It’s simply a gamble. A roll of the dice. A bet. And sometimes you win. And sometimes you lose.

The problem with Wall Street, just like the Blackjack table, is that investors are spurred on by the same three characteristics as the gambler – emotion, greed, and optimism – which usually combine to make for really poor financial decisions.

And just like the young man who lost all his chips in a few short minutes, over the years, many “investors” have found their brokerage accounts wiped out by margin calls and market losses, simply because they were betting bigger and bigger on a position they were certain couldn’t lose.

The only problem is, it can lose and it does lose. And only when the pain becomes severe enough, and optimism turns to abject terror, does the stock investor sell everything and flee the market, although usually only after crippling losses. I saw this very thing happen in 2001 with the bursting of the tech bubble, as told in chapter one of my first book, Tax-Free Retirement. (Unfortunately, I actually participated in 2001. That’s why I know these feelings and this cycle so well.) And then I watched the very same thing unfold again, seven short years later, during the credit crisis of 2008, but this time with greater panic and steeper losses.

But the similarity between the casino and Wall Street goes even deeper. Wall Street has learned the significance of the poker-chip mentality. They’ve developed their own variation called a “paper” loss. Rarely, if ever, do you hear them call it what it really is. A loss. Plain and simple. They mask it like a little plastic chip. Think about it. When was the last time you heard someone say, “I’m sorry Mr. Smith, this month you lost the equivalent of a four-bedroom house in your portfolio.”

What!? They didn’t tell you that!?

Of course they didn’t; because as soon as a “paper” loss became a tangible, real, or measurable loss, people would flee the market like rats off the proverbial sinking ship. As a matter of fact, Wall Street even has the audacity to verbalize this very thing by saying, “Don’t worry about it Mr. Smith. You don’t have a ‘real’ loss. It’s just a paper loss. You won’t experience an actual loss unless you sell your position.”

C’mon. Really? The last time I checked, a “paper” loss was a “real” loss. A real loss that just hasn’t been experienced yet. And why do they call it this? Because as long as it’s just a “paper loss,” it’s just a poker chip. Distant. Plastic. Artificial.

But these paper losses have brought down more economies, put more people out of business, and put more retirements on hold than all the casinos in the world could ever imagine. They’re lethal, and they’re real.

But there is an answer to this madness. As a matter of fact, this book was written for that very purpose – to show you that there is a way to stack the odds in your favor and to never take a market loss again.

Think about that. Imagine a Blackjack table where the worst you could do was “push” with the dealer. Break even. Better yet, what if there was a way to keep a percentage of every winning hand yet never give back a penny on your losing hands? How popular would that table be? It would have a line of players that stretched from Vegas to the Pacific Ocean. The only problem is that the line would never get shorter because those sitting at the table would never leave. Why would they? Because people sitting at that table would no longer be “gambling” – they would simply be “winning.” They would either be making a little money or breaking even on every hand.

Think about that. How would you like to play a game that guaranteed you’d make money on every winning hand and break even on every losing hand? Now that’s a game I want to play.

Well … here’s the good news. You can. But it’s not a game. You can participate in a strategy that will offer you growth in the winning years while guaranteeing your account will never take a market loss in the bad years. I know that seems too good to be true. But, fortunately, it’s not. It’s real. It’s possible. And I’m going to explain to you exactly how this strategy works, and more importantly, how you can set yourself up to participate.

However, before we get to the details of exactly how you can accomplish this, I’d like to share a few stories. So sit back. Relax. Pour yourself a nice cup of coffee – and enjoy.

This is Chapter One "The Poker-Chip Mentality" Patrick Kelly’s book Stress-Free Retirement. If you would like to read the entire book, give us a call at 701-572-4218 and we will give you a FREE COPY. 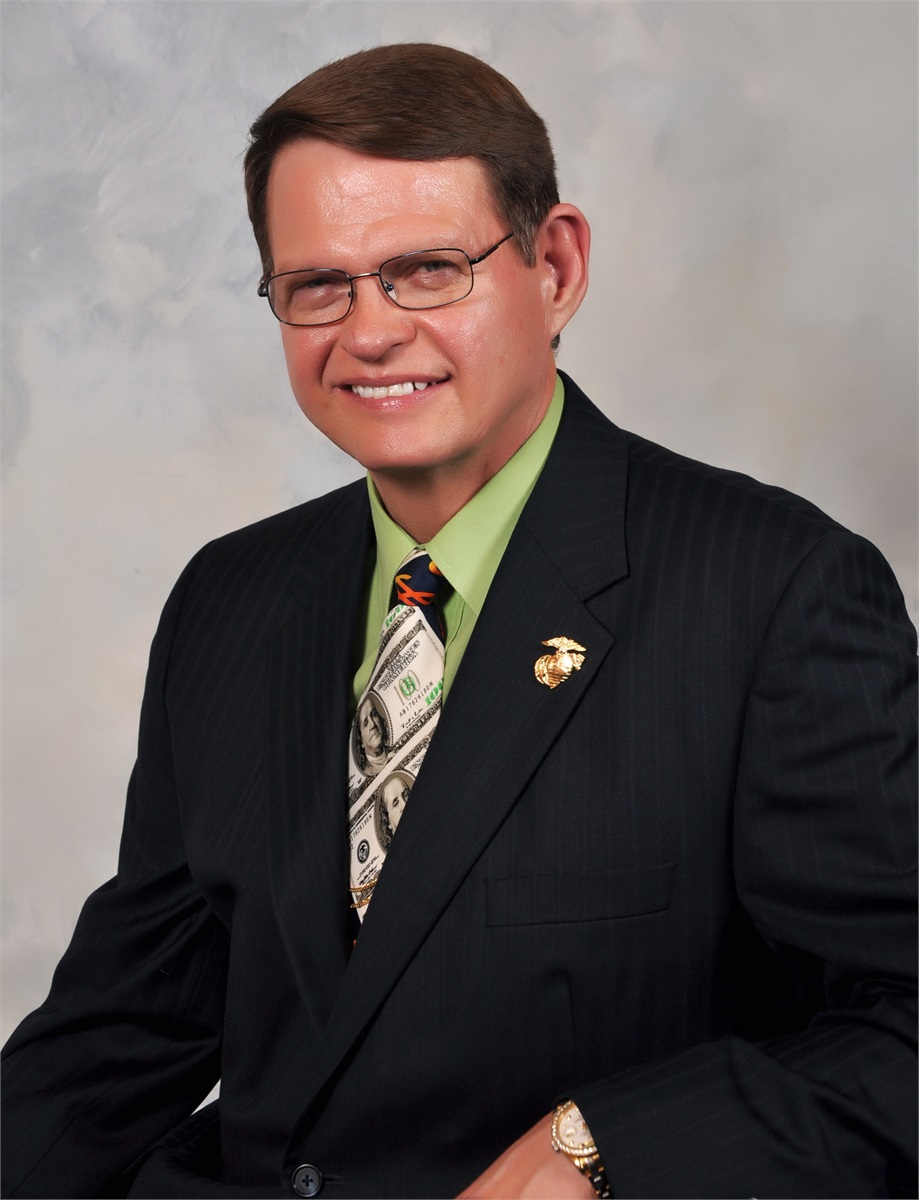 ﻿﻿WE ARE HERE TO HELP. GIVE US A CALL TODAY! 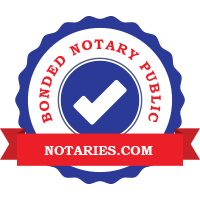 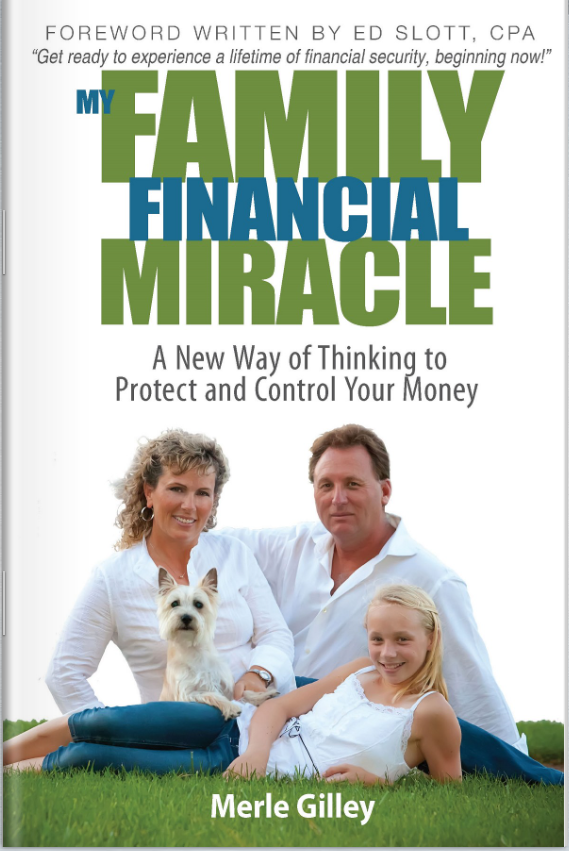 ONE MILLION PEOPLE OUT OF DEBT ONE FAMILY AT A TIME 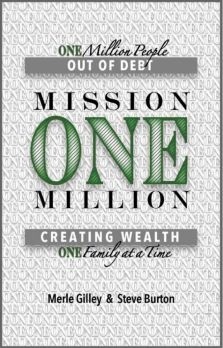 There is a way to stack the odds in your favor and to never take a market loss again! 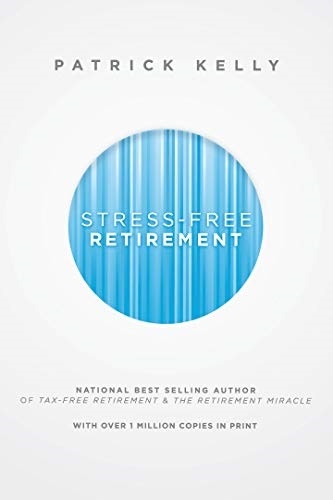 Do you want a Guaranteed "Pay Check" the First of the Month, for the rest of your Life? 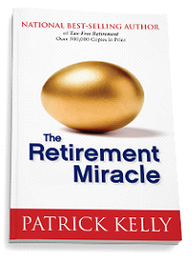 It's not what you earn that matters; it's what you keep that counts! 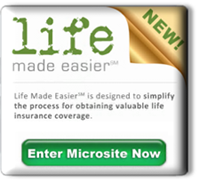